I don’t even know if any of you recognize tamagotchi. It was a little “virtual pet” that you had to feed, play with, and make sure it slept enough otherwise it would die. As you can tell it went everywhere with you. Kids had them attached to their backpacks and perished the thought that their virtual pet would die because they didn’t play with it. What a relief that these poor excuses for entertainment have passed off the scene. I am not sure they are even missed with the iPod and Android devices. 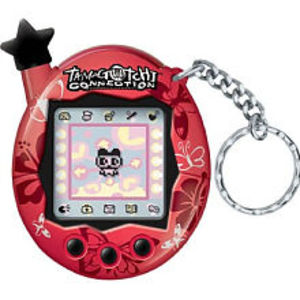 Hmm…Not even missed. While reading my devotions I saw this verse and it grabbed my attention. 2 Chronicles 21:20 “Thirty and two years old was he [Jehoram] when he began to reign, and he reigned in Jerusalem eight years, and departed without being desired.” Jehoram was a wicked king. When he became king he killed off all relatives who could take the throne from him and he married the daughter of Ahab. Those two descriptions alone weigh in on how wicked a king he was. When he died after only reigning eight years, he “departed without being desired.” Christian, what is the measure of your life’s impact? “If you fail to intentionally be a good influence, you will, by default, be a bad influence.”* Take inventory of your life today. We don’t live our life to be missed. If you, however, live for God you will influence others and that influence will be missed. We are not responsible for the scope of our influence, but for the faithfulness of our service. Wherever God puts you, whatever task he gives you, it is all significant and deserves your full energy and diligence. Brighten the corner where you are today! Determine not to go the way of Jehoram by departing “without being desired.”
*Different By Design, Carry Schmidt

If this has been helpful to you in any way, please leave a comment for others. Cancel reply

Error: Twitter did not respond. Please wait a few minutes and refresh this page.